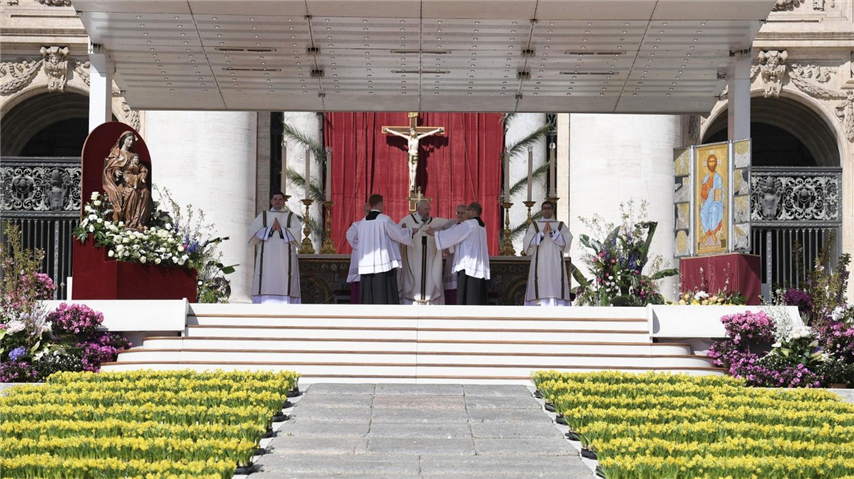 This week we would like to start by sharing with you the words of wisdom used by Pope Francis in his Easter "To the Church and to the World" message, announcing the resurrection of Jesus he remembered the victims of war, all those suffering around the world, and appealed that the peace of Christ may enter our lives, our homes, and our countries.

Filled with these words of hope and wisdom we will then move to our Metal and Ceramic Laboratory to show you what we do best: taking care of one of the biggest and most unique art collections in the world.

We will follow the work of restorers on one of the central facets of the collection of Decorative Arts of the Vatican Museums, a group of thirty-four polychrome glazed ceramic plates, part of the collection of the Cardinal Gaspare Carpegna (1625-1714). The result of the restoration process will leave you astounded.

In a square full of people and beautiful flowers gifted by florists from the Netherlands, Pope Francis presided over the Easter celebrations by giving his traditional Easter message followed by a "To the Church and to the World" (Urbi et orbi) blessing. At the heart of his words was a call for peace on what he described this year as an “Easter of war.” Ukraine had a large weight on his message but his word went out to all the conflicts in the world.

“Every war brings in its wake consequences that affect the entire human family: from grief and mourning to the drama of refugees, and to the economic and food crisis, the signs of which we are already seeing,” 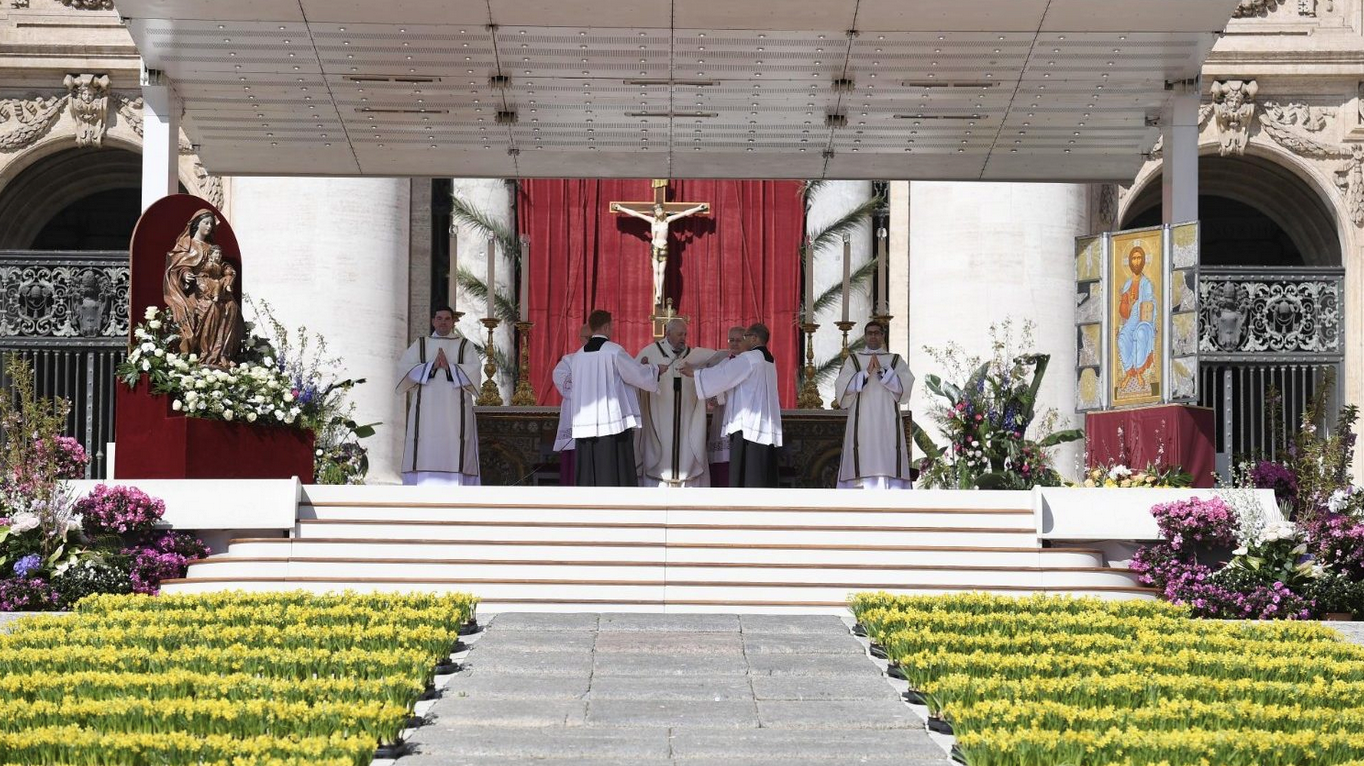 This group of thirty-four polychrome glazed ceramic plates, part of the collection of the Cardinal Gaspare Carpegna (1625-1714) was acquired by the Vatican in 1741.

It is clear from the descriptions that in the Roman residence of the Cardinal Carpegna these pieces were hung on the wall as though they were small paintings. Throughout the Middle Ages, the manufacture of painted pottery and ceramic utensils, often with whimsical shapes and bright surface decorations, was typical for Italian artisans.

Despite the persistence of archaic techniques that date back to the beginning of the medieval era, in the Renaissance, innovations became evident. Tradition connects new techniques in this work to Raphael and the students of his school and these are demonstrated in the themes of literary and humanistic inspiration, which were initially codified in paintings and then began to be set into ceramics.

Thanks to the Carey Family (California Chapter of the Patrons of the Arts in the Vatican Museums) these 34 historiated plates were restored after a meticulous preliminary research phase that outlined the different qualities of the previous interventions, and the different states of conservation of each plate.

Each plate had a different level of conservation, some were intact and others had cracks. Most of the dishes had glue traces from previous interventions, and only a couple of them arrived in the laboratories in fragments.

The purpose of restorers' intervention was to make these extraordinary objects and the "stories" represented on them as readable and usable as possible. Restorers worked on the structural and iconographic integrity in order to return the enamels to their original brilliance. Additionally, they respected previous interventions safeguarding and mantaining clear integrations.

On the right - Old retouches
On the left - After intervention

Before and after restoration

How magic it is to see these plates back to their original splendour. And this was all possible thanks to your irreplacable support. See you in the next restoration laboratory!