Today we would like to pay a visit to a place where statues, sarcophagi, and paintings speak of the ancient Egyptian civilization, the land where the Exodus began and offered a haven for the Holy Family: the Gregorian Egyptian Museum.

Founded on the initiative of Pope Gregory XVI in 1839, the Gregorian Egyptian Museum occupies nine rooms. It is a vital reference point for scientific and comparative research in the Museums. Every restoration project curated by this department contributes to knowledge enrichment on restoration theories and techniques. Thanks to the California Chapter's adoption of the Cat Mummy restoration in 2020, they offer the opportunity to relive the excitement of the Pharaohs and one of their honored traditions.

Mummification in the ancient world was a widespread tradition imbued with deep religious significance and often performed by skilled specialists. Restorers Chiara Pavan from the Tapestry Restoration Laboratory and Chiara Fornaciari from the Paper Restoration Laboratory worked with Alessia Amenta, curator of the Vatican Museums’ Department of Egyptian and Near Eastern Antiquities, to bring this work to life.

Alessia Amenta will also tell us about the Vatican Coffin Project in a video excerpt taken from one of our exclusive Insiders Course episodes.

The mummy, contained inside a sarcophagus made of bivalve cartonnage was broken at the neck.
It contains a skull (with tissue fragments inside the orbital cavities), and the wrapped body is in linen cloth bandages of different colors. The removal of the mummy allowed the inspection of the inside surface.

Bandage of the mummy

The mummy presented an advanced state of overall degradation, caused by possibly inaccurate stuffing and a previous restoration intervention that probably took place before it entered the museum's collections. The head of the animal was not on the rest of the body and did not include bandages, except for the remnants of resin dressings present inside the orbital cavities and part of the skull itself.

The skull, without external banding, was powdery and very fragile.

The skull before restoration

Restorers disassembled the mummy from the sarcophagus and removed only some metal pins positioned in the lower section to avoid compromising the stability and integrity of the artifact. Then they steamed it with a cold ultrasonic vaporizer to reduce deformation and dry creases in the bandages. Bandages were held in place by entomological pins and weights.

Researchers and restorers decided not to reposition the skull inside the sarcophagus but preserve it on a suitable support (see picture above). The skull, two mandibles, and a bone fragment are on a Plastazote ©10 support, controlled by strips of the same material held in place by stainless steel pins

The Vatican Coffin Project (VCP) is an international team project. In 2008 the Egyptian Department of the Vatican Museums and Alessia Amenta directed the collaboration between the Diagnostic Laboratory for Conservation and Restoration of the Vatican Museums, directed by Ulderico Santamaria, to study polychrome coffins of the Third Intermediate Period in its first phase. The intention is to extend the project to different periods in the future.

In this video excerpt from our Insiders Course, we learn why this project is so important. 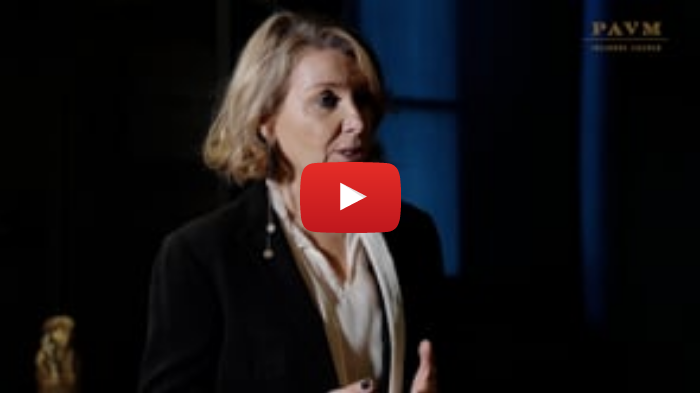